What’s something God has called you to do?

You get the picture.

How did you respond?

Did you obey immediately? Or did you argue with Him about it?

Did you feel equipped? Were there skills that needed to be learned or refined?

Did you do research to learn more about what He’s asking you to do—to know what skills you needed?

What did your calling cost you? Financially? Physically? Mentally? Emotionally? Relationally?

How would it bless you? Others? Further God’s Kingdom?

Sometimes what God calls us to do makes about as much sense to us as building a giant boat in the middle of the desert.

And yet…that‘s exactly what God called Noah to do.

Out in the open for all to see.

Far from any surface water body large enough to handle such a vessel.

Do you think Noah was ready for this?

Not even a little bit.

But then again, considering Earth had become a sewer; there was violence everywhere; everyone was corrupt and corrupting (Genesis 6:11-12 MSG)—maybe Noah was ready. At least he was ready for God to clean house. But I doubt he imagined he would play such a significant role in His plan.

I imagine him listening to God’s instructions. Taking mental note of each specific detail. Being overwhelmed by his calling. And thinking, “Me? Are you sure?”

See, like us, Noah still had his day-to-day life to live. He had a job. A family to care for. A marriage relationship to nurture. Home and property. He had a long to-do list. In short, his life was busy! It was full! And this was not a small weekend or month long project God had given him. No, this would take him and his sons about 80 years to complete!

First, they located, cut down, and transported MANY trees. Then they shaped those logs into planks used for building the boat. And once the ark was complete, they traveled to the tar pits and gathered what they needed to waterproof their ship, inside and out.

All while doing L.I.F.E.

One more thing: Nowhere in the text does it say Noah was a shipbuilder. So I think it’s safe to assume this is his first boat. He was a beginner, a novice, without the aid of Ark Building for Dummies.

Yet what did he do?

He did everything, just as God commanded him. (Genesis 6:22)

No comments, discussion, or complaints. No “Are you sure you have the right person for this?” protests.

Amazing. And so not my experience.

I don’t know how many times I’ve read or heard the story of Noah. Countless I’m sure. But the other day as I meditated on this amazing man, his calling, and his response I started to giggle.

But hang with me for a few minutes and let me tell you why I was so tickled.

Moses was the author of Genesis.

Moses, the Jew raised as an Egyptian—as Pharaoh’s grandson no less. (Oh the irony. I love it.)

Moses, the man who met the Great I Am at the Burning Bush. Oh, you know the story. Like me, you may even have your own version if it. If you’re not familiar, look it up in Exodus 3 and 4.

As Moses went to look at this peculiar phenomena, “God called to him from the middle of the bush, “Moses! Moses!” “Here I am!” Moses replied. “Do not come any closer,” the Lord warned. “Take off your sandals, for you are standing on holy ground. I am the God of your father —the God of Abraham, the God of Isaac, and the God of Jacob.” (Exodus 3:4-6a) Goosebumps! Every. Single. Time.

There’s no denying what’s going on here, is there? Or who’s talking. It blows my mind.

God then proceeded to tell Moses

And now He has come down to rescue them. To set them free. To bring them home to the Promised Land.

Then He drops the bombshell—and Moses, “I am sending you to Pharaoh. You must lead my people Israel out of Egypt.”

Remember Genesis 6:22? How Noah did everything exactly as God had commanded him?

Now, what tickled me was envisioning Mo writing out the historical story of Noah while thinking about his own story. Can you imagine it? Now try to do it without smiling or giggling…

I get Moses more than I get Noah.

I kiddingly-not-kiddingly say that I played Moses better than Moses played Moses at the burning bush when God first called me to write. And if you think Moses had a fit, you should have seen mine—after I laughed in God’s face because I thought He was joking.

Turns out, He wasn’t kidding. With me. Or Moses.

He called both of us to participate in His plan for salvation and redemption. For eternity. After God set his people free, Moses was to lead His people out of Egypt as a foreshadow of how Christ would set us free and lead us to eternal life with Him in Heaven. I’m to share about Jesus’s death and resurrection; His gift of salvation for those who haven’t yet received it. And for those who have, to encourage them to grow in their faith and to facilitate that growth.

Here’s the kicker—if Moses didn’t do what he was called to do; if I don’t do what I’m called to do…God will find someone else to do it. His plan will not fail! And we would miss out.

A sobering thought isn’t it?

When God calls us, He offers us a front row seat to see His power as He changes lives. Restores the broken. Redeems the lost. Rescues the oppressed. So what is it God has called you to do?

Friend, I’m thankful God included both of these stories in His word. Both of these responses to His call.

I pray you would all be like Noah. That you would hear The Call, receive The Instructions, and do EXACTLY what God calls you to do. In reality, it’s so much easier and protects you from the regret of lost or wasted time.

But if you are more like Moses (and me) I pray you would do as Moses did:

So Moses went back home to Jethro, his father-in-law. “Please let me return to my relatives in Egypt,” Moses said. “I don’t even know if they are still alive.” (Exodus 4:18)

He faced Pharaoh. He endured hardship, sickness, ridicule, and threats as he walked in obedience. He faced self-doubt, insecurity, and fear. And he didn’t back down.

Neither man could’ve predicted how long their callings were going to take to fulfill. It took an estimated 80 years to complete the Ark. Can you imagine the ridicule, challenges, insults, and judgment Noah had to endure before the final nail was pounded in? Before the final brush stroke of tar was spread? Before the last bit of food was gathered and stored? Before the first pair of animals arrived? Before the clouds rolled in and God closed the Ark’s door? Before the springs of earth burst and the sky opened up like never before?

My walk of obedience hasn’t been much different. For the first few years, my husband didn’t support me or my writing. In fact, he resented the time I spent studying and pecking away at the computer—by God’s grace, that has changed. And today, I still battled insecurity and uncertainty. I’m continually learning new things and struggling to balance life and (hopefully soon) career. My sanity has come into question more than once, this week alone, and I sometimes wonder if God made the right choice when He picked me.

But He’s never let me down. He’s giving me what I need when I need it—regardless of what is going on in and around me. He has empowered me to be DILIGENT in fulfilling what He has called me to. And when I face spiritual attack after spiritual attack, He’s given me the strength to endure.

Beloved, He does the same for you. And when you choose to surrender. To walk in obedience. To say YES to His call, you won’t regret one bit of it. No matter what the cost. No matter what scars you acquire along the way—it’s WORTH IT!

So what is IT He has called you to do? What is your first step? Or maybe, what is your next step?

Whatever it is, take it! 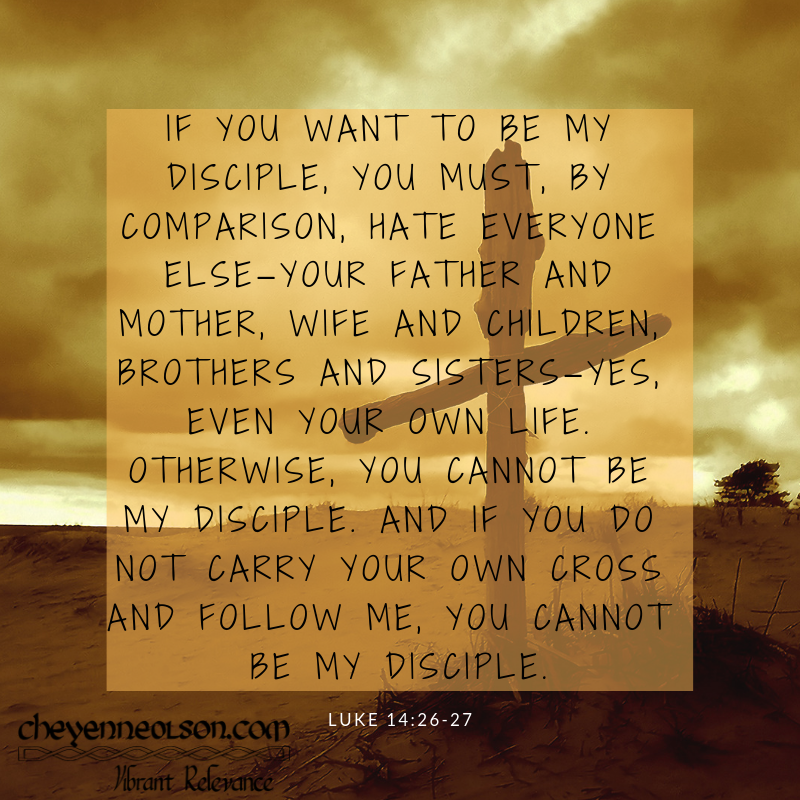 I would love to hear your thoughts in the comments, so please leave a note. I promise to respond.

I’m an Amazon Affiliate . If you click on any of my Amazon links it will take you to that product in your Amazon account. I earn a commission on any purchases you make at no additional cost to you (once you enter into Amazon through newsletters, blog posts, or Facebook). Your support is greatly appreciated.